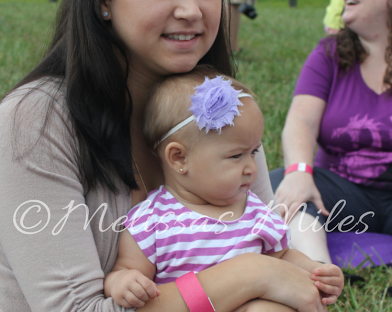 That moment of awh, from the first moment Elleanna latched on after birth to the moments these past nights… Holding her, rocking, rubbing her soft chubby cheek while she feeds. How can life get any better than this? In honesty I never thought I’d be breastfeeding Elleanna, really didn’t plan on it but she found herself down to my ta-ta within minutes of her birth. At that point how can you say “No, I’m doing formula.”; but at those moments she first latched on I was the happiest I could have ever been. This time around with Geraldo by my side supporting all that I would choose (and let him think he was choosing), my daughter excited about her sister. From the first moment Isabella found out she couldn’t keep quite about it, actually almost let the secret out a few times. “Mommy, baby tummy.” Thankfully no one really understood for a while or that’s what they made me think.

For about nine months now I’ve been breastfeeding, rarely ever pumping; though her father has had his chance to feed her a few times. Elleanna is a mommy’s girl, don’t try to give that bottle to her while she knows I’m around because she just wont do it. I never thought we’d even make it this far to nine months after I realized we’d be breast-feeding, many doubted I’d make it past the first three weeks. That gave me a push to go those three weeks, then make it to three months, six months, nine months… Next goal ONE YEAR! I found that I lost the baby weight, though I’m still curvy. Ok, ok maybe not curvy maybe a little plumped? Which I blame mainly on the cravings I still get which has been known to be associated with breastfeeding. (Who am I kidding I’m Italian I love my food!) Well to my point, I’ve never really been comfortable with feeding without a cover, always worried about what people would say to me or the looks given or even judged just for my ta-ta’s; I’ve come to a point though where I’m getting sick of that cover. I know Elleanna is sick of it also, since day one she has kicked, punched and wiggled her way out of the uncomfortable eating area underneath this cover. As I was on the laptop one evening I noticed breastfeeding week was approaching, events were popping up all over social media networks. After doing a bit of research and speaking with Geraldo, picking his brain you would say about attending one of these events. How many chances do you get in your life to say I was part of a group that did something not many could do? As a breastfeeding mother, I haven’t seen many mother’s breastfeeding. Feeling lonely while walking through a mall or grocery store and the looks lets not even go there. I felt I needed to take this chance, Geraldo said I should also which just made me feel so much better that I had his support behind me. After speaking with Geraldo and Heather a bit about the event we decided that this older girls would have a “dadurday” while we took the younger girls with us to the event. (Which I must say to this day Isabella speaks so highly of her dadurday and is asking for more.)

As an early day begins the nerves set it, let alone trying to find the perfect outfit to wear that I could feed Elle in and look cute for pictures and meeting all these mama’s. We began to get the girls ready, all the girls because as I said in my “dadurday” post they just don’t have as much of a style know-how as we do. The journey wasn’t far as Elleanna and Hailee hardly stay awake I wonder to myself many questions… How many mother’s would be there? Is anyone going to be using a cover? Will they judge how I’m feeding her whether it be too much or too little? Will they look at me like why aren’t you back in shape or what’s going on with your ta-ta’s? But as we pulled into the parking lot of Montpelier Farms in Marlboro Maryland my nerves quickly disappears with the lines of mini-vans and strollers, ergo’s and families all around. 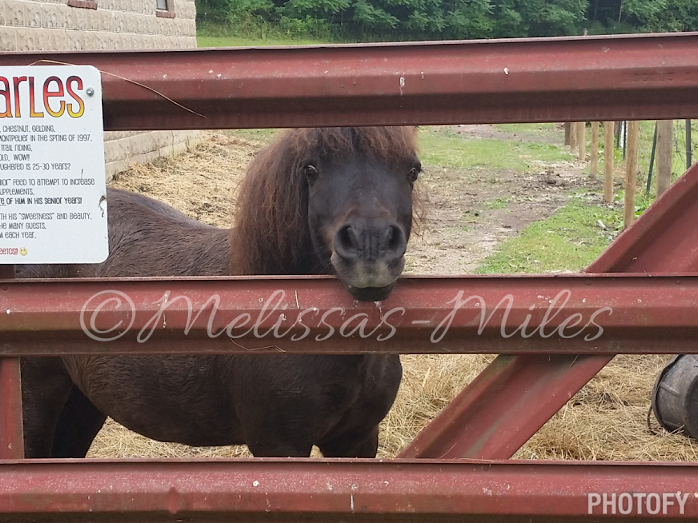 After paying our $10.00 ($5.oo per adult) admission we began our walk down to the outdoor seating area in which had food thanks to the woman who put event together and then our lovely outdoor, ground sitting for the event. THE BIG LATCH ON 2014!  After singing in and receiving our lovely goodie bags we made our way to find a good seat. 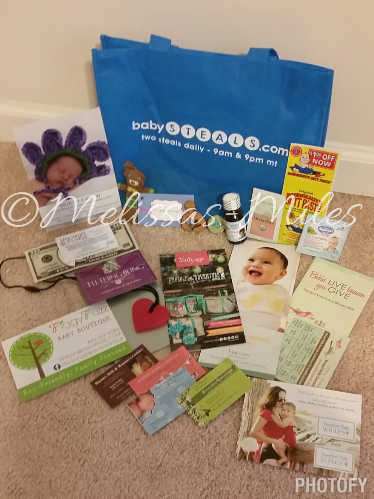 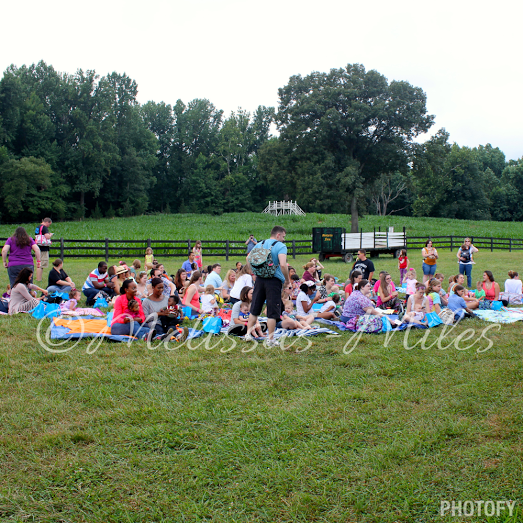 Who would have thought there would be so many moms, 62 in total with 58 latch on’s for The Big Latch On. As we found our way to an opening on the side we put down our blanket and settled in. The chatter amongst the mother’s and children playing made me think, I’m about to be apart of something amazing. All around the country mama’s are latching their babies on, a step toward normalizing breastfeeding. Honestly though why do we have to normalize something that should already be? 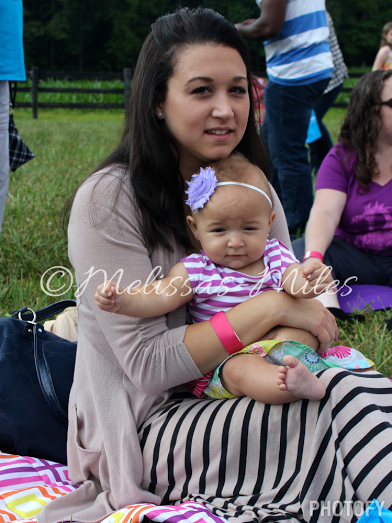 The count down begins….

That moment I was apart of something wonderful, something not many mama’s have done or could be part of. I felt important, like I was changing the world…

Next came the wonderful raffle, as we all clung to our little ones we wondered if our name would be drawn for the 50/50. So many raffle’s for amazing gifts like baby carries for the little girls, onsies and dolls… So many amazing prizes! As we laugh and smile in awh and hope that we get picked I remember the money I brought to give as a donation for all the wonderful food and supplies that were purchased by the wonderful woman who put the event together. While heading over to the table my eyes find themselves wondering… CAKE POPS!… As I look closer they weren’t just any cake pops they were boob pops! After speaking with Amanda, the creator of these magnificent treats I just had to snap one or two for Heather and I.

I just had to learn how to make these wonderful Boob Pops by Amanda so I spoke with her through emails and she so graciously gave me the instructions how she prepared them.

“So the basic process is you mix cake and icing, form into balls, and dip into candy melts. It’s really simple but can take hours and hours depending on how many you make and how fancy you want to decorate:

Ingredients:
(A stand or piece of Styrofoam to hold them upright is convenient, too.)
Bake the cake according to the box and let it cool. Then cut off any hard corners and/or edges and crumble it.
Mix in about a 1/4-1/3 can frosting to make a play dough consistency being careful not to make it too wet.
Form into 1-1.5″ balls and place in freezer for 15 minutes (or fridge if you need longer) while you melt the candy melts or dipping chocolate.
Dip a stick into the candy 0.5″ and stab into a cake ball about half way. I put them all on sticks before moving to the coating part. You dip the pop straight down into the coating and tilt it all around to coat. Don’t swirl it around or it may fall about.
Pull it straight up and gentle tap to drip the excess off.
You can decorate with sprinkles at this point before the candy sets or go back later with different colored candy in squeeze bottles. For the “boob pops” I dipped them in skin tones (beige, tan, brown) then used candy melts in a squeeze bottle to dab on the nipples. They were fun to make!“

Meeting all these amazing mothers and their little ones has been such a blessing. To know I am not alone, there are many other mother’s breastfeeding at the restaurants and grocery stores I feel the sense of relief, the worries of always having my cover diminished by the complete happiness in myself. The Montpelier Farms in Marlboro Maryland was an amazing setting to hold this event, with plenty of space, animals to view, tractor rides and children’s play areas it is certainly a family place I will be returning with Isabella and Geraldo.