Our newest adventure brought out the Tomb Raider in me. I was jumping, rolling and hiding under tables; this time I wasn’t hiding from the children but ready to pounce and attack the rival team. I felt like I was special forces on a mission or maybe even a cop. None the less I was into the laser tag and could see myself mission after mission all day! 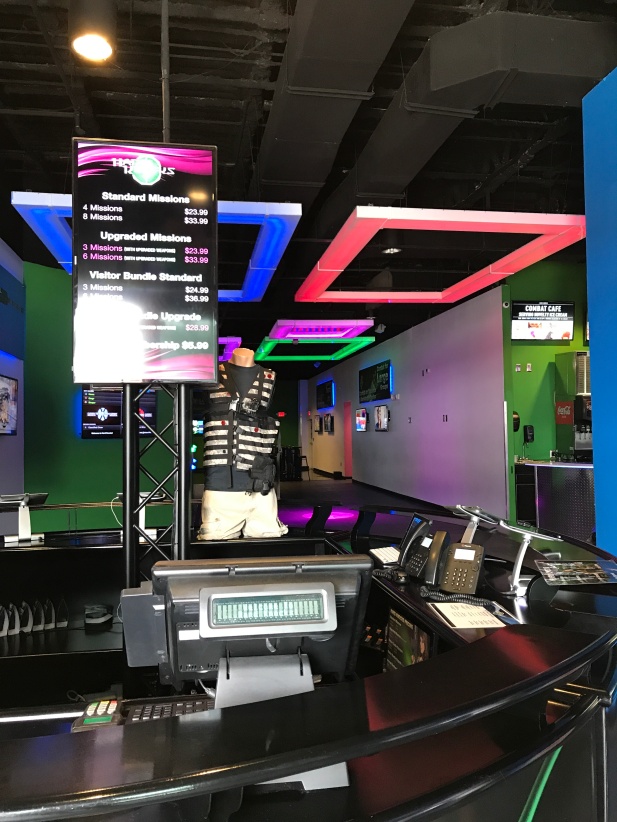 We entered Hard Knocks laser tag with smiling faces greeting us with a welcoming atmosphere. As you take a look around the building there were two separate areas to sit with a beverage-snack stand to reenergize us.

Little did I know the televisions I believed were for decoration would come to haunt me with the taunting of my fallen comrade and rival team. When introduced to our mission we were given a locker for our valuables (VERY PLEASED! I even had my own code and yes I almost locked the code in the locker haha.) As well as we signed wavers on the computer before watching televisions located near the lockers. We were given a break down of what to expect and what kind of weapons we would be able to use.

It was time to gear up!

Though we arrived at opening this gave an advantage. The three of us (myself, Geraldo and our friend Manny) were alone, no rivals currently giving us the time to learn the surroundings. And also chase one another throughout the map… I admit I was out of breath giving me the mindset that I need some more laser tag to get me in shape. A few rough patches throughout our first mission from my failed sliding across the floor to Manny almost getting hit in the head with a “gun”. The many times I hid or turned a corner and scared myself with the monitoring worker right there which triggered my giggling then giving away my position. Fail.

After a short break for food downstairs of Pointe Orlando we were back at Hard Knocks, this time opening the doors to a full house! Excitement ran through me, I was ready to go. Packing the locker full of our items we set out to listen to the rules and be split into teams. This time we were together as a group… Well that would help to a certain extent. Because I knew the three out of seven members on the team which will later get me “killed”. After a few rounds with a large family, that had us cracking up and finally had me feeling as if I wasn’t the only confused solider!

Our last round I may have had a focus.. As I hid behind filing cabinets and under desks, popping up and crouching in the darkness the rival team had no idea what was coming. I was going crazy, firing away at the rival team reloading and attacking! I watched as my team member “Manny” was taken out as well as Geraldo (Rival team). I didn’t know who was left on his side but I had to win! As 7 Vs 7 came down to 4 vs 2…. And then there was one which we may have chased down and cornered. As I exited the barracks leaving behind my vest and weapon Geraldo and Manny began to laugh and act as if they were playing still. I didn’t understand why.. Until after all their laughter was finished I got the story. I was on the televisions as they watched the Laura Croft in me come out! I so wish they had a tape of that (yes I am very proud of my solider like skills haha). 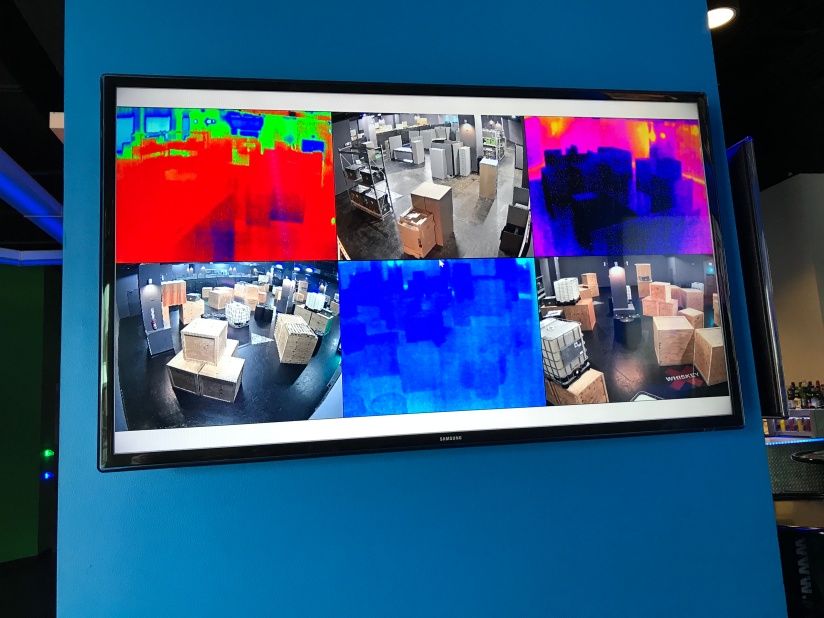 As we watched Hard Knocks fill up all I could imagine was coming with a group of friends. I couldn’t explain a better indoor activity great for rainy or sunny days for pre-teen to adults to enjoy whether as a family, friend or date. Yes I said date there’s more than movies, dinners and coffee! So lets set out to find these new date nights, new activities to laugh and keep moving to.

Who’s up for some Hard Knocks Indoor War in their future? Check out this amazing raffle going on below…