“I’m leaving you in the dust!” His stern voice yelled behind him; with the soft young giggles of two small girls echoing as a chorus in the background. It was great to see him out with his walker as a race car carrying two small great grandchildren he felt on top of the world. You could see with the twinkle in his eye, the happiness it brought him. As a father of nine, a grandfather of many  grand, great and great great grandchildren he still has a lot of spunk in him. 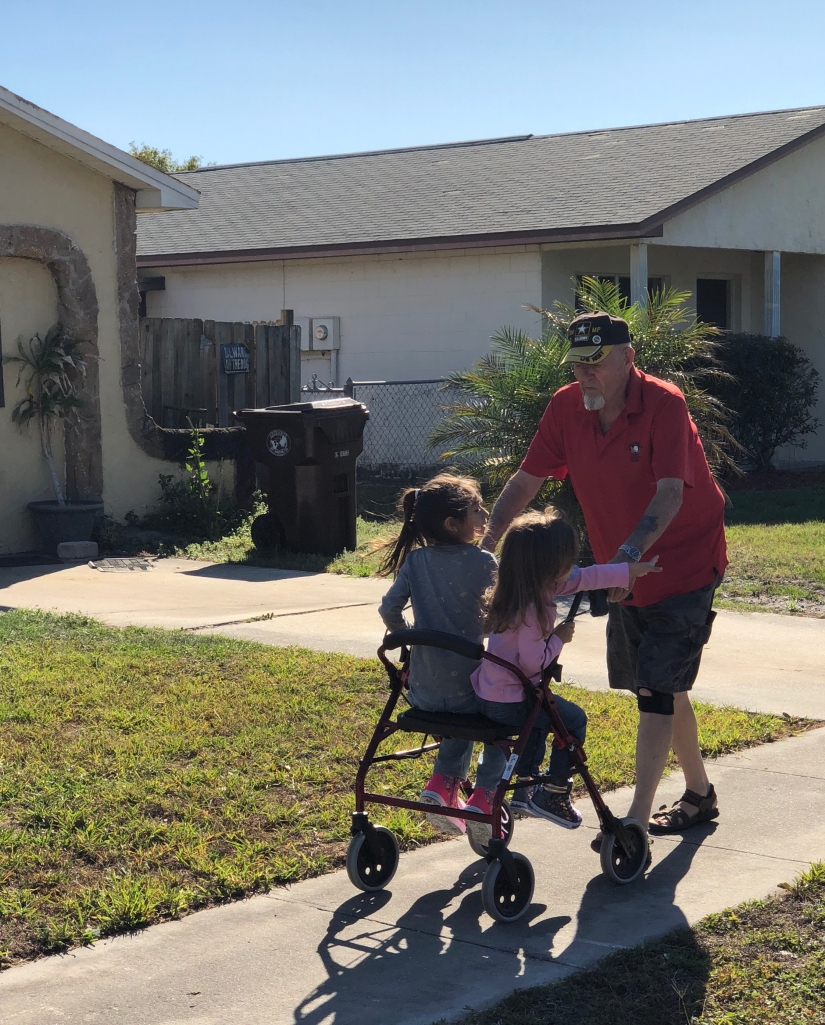 As I put on a  faster pace to catch up all I could do was smile. I can remember being a younger child and the outings with my grandparents; like the time we went to Saint Augustine and my aunt and mother wanted to stay on the  Beach well I wanted to shop. I remember coming back to the hotel with my new items that Grandma and Grandpa got me like a necklace shaped like a heart with a rose painted. I was so excited to show my mom but that excitement would turn into laughter and concern as my mother and Aunt joined us. I would say they had forgotten their sunscreen but also the fact that they had fallen asleep on the beach (I am beyond thankful I didn’t stay… Though maybe if I had they wouldn’t have fallen asleep and might have not been that toasted!)).

Now I watch my children grow up with my grandparents after so many years of being apart (myself and grandparents), it’s a joy to see this new generation being with them. The stories that my grandfather tells as he becomes enthusiastic and the smirk on his face I wonder what other stories he could tell. He was a truck driver, he was military police… But most importantly he was a provider for his family and now he’s entertainment to say the least.  I remember being paid $.25 to massage or itch the top of his head when I was younger; now passed down to my children though I don’t believe they realize that they don’t get their $.25.

He giggled as he said “watch how they react..” and with a wink he pretended as if he was very tired pushing his two great granddaughters sitting on his walker. It wasn’t as entertaining to us, my mother, my aunts and my uncle that worry about him. As we approached his and Grandma’s house he had to make a quick phone call to tell Grandma to walk outside to see him pushing his great-granddaughter’s. 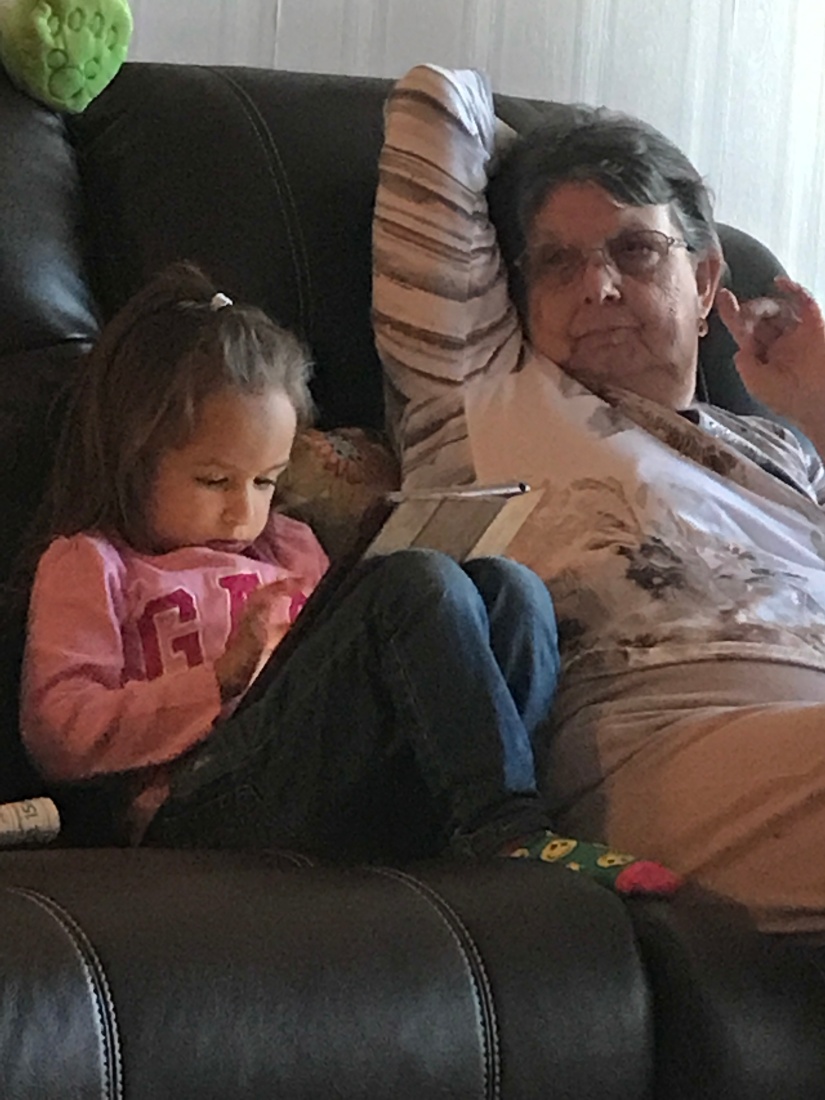 After a short visit with grandma and grandpa we headed back to our house on our walk.  Elleanna was not very happy that Grandpa wasn’t coming, she ran to his walker and said “come on!” but we had to explain that Grandpa was done walking for the day.

These are moments that’ll last a lifetime! My great grandfather used to have Carmel hard candies when myself and my cousins visited him. I remember what I believe was a cushioned small foot stool I would lean on and take as many candies as I could until an adult would stop me. I would put them in my pockets for later … As an adult I am still addicted to the candies. Takes me back in time to a much simpler time!

Do you have special memories with your grandparents?